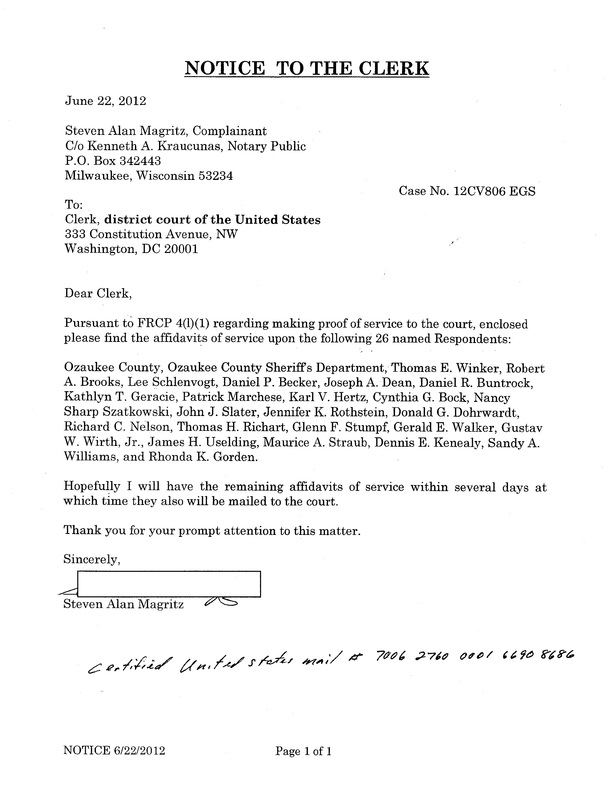 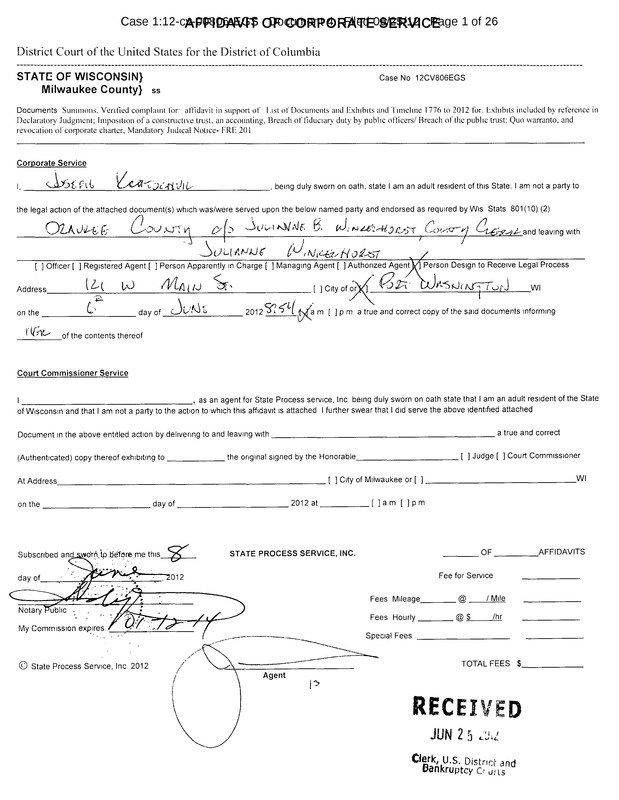 This is the Affidavit of Service on the Shyster, Corrupt Corporation Counsel Dennis E. Kenealy.
Attorney Kenealy is, or more properly was, the Pied Piper for THE OZAUKEE COUNTY MOB.
Without Kenealy's Criminal Breach of Fiduciary Duty, none of this would have been possible.
Notice the process server used a plain "AFFIDAVIT OF SERVICE" 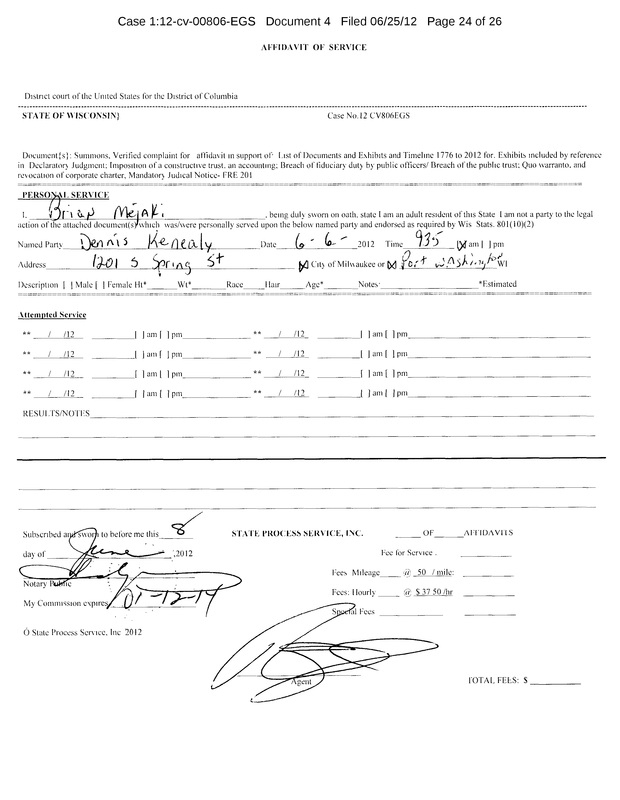 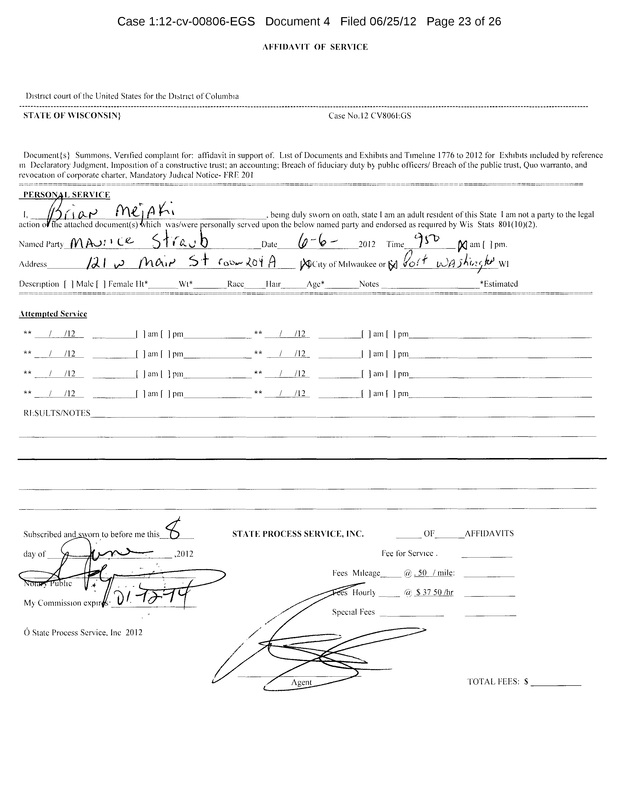 This is the Affidavit of Service on corrupt Public Officer Gustav W. Wirth, Jr., a member of the Board of Supervisors of Ozaukee County, Wisconsin.
Wirth is a man born with a silver spoon in his mouth, and the Wanna-be "don" of The Ozaukee County MOB.  Gustav W. Wirth, Jr., affectionately call "Gus" or "Sandy" by The Ozaukee County MOB, earned his place on this page by his utter contempt and disdain for the Constitution of the United States of America and the Bill of Rights.
Fortunately, for the sake of documenting for all of posterity this Insurrectionist's contempt for his sworn oath, Ozaukee County MOB member "Gus" Wirth, Jr. arrogantly verbalized his contempt in a recorded interview with an Investigative Reporter, a business man and candidate for Governor of California, Los Angeles radio host Gene Forte.
"Gus" threatened to use his "muscle" with the FCC to get the broadcast license for radio station KRLA revoked because Gene Forte was exercising our First Amendment secured right of freedom of speech by broadcasting the true story of the criminal acts of Corporate Counsel Dennis E. Kenealy and Attorney General James E. Doyle’s vendetta against Property Rights Advocate Steve Magritz.
The Gustav W. "Sandy" Wirth threat against KRLA is evidenced on the Investigative Reporter audio + transcripts page, May 25, 2003. 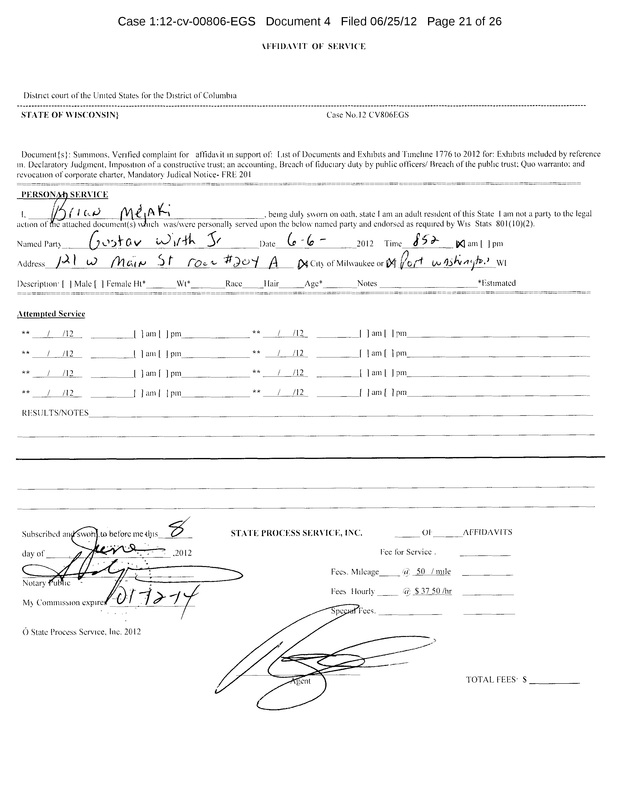