62.25 Acres of PRIVATE  PROPERTY  with 1600 feet of river frontage stolen at gunpoint by dishonest, corrupt,  insurrectionist public officers of Ozaukee County, Wisconsin and made into a county park without paying the owner one thin dime.   Only in AmeriKa.

Recent update, March 6, 2013:  An article in the local, one-sided lap-dog press stated in the lead paragraph, "Ozaukee County supervisors see eye-to-eye on many issues, but when it comes to allowing dogs in what is considered the county's most environmentally valuable nature area, they're divided." The paper went on to state:   Director of Parks and Planning Andrew Struck said the Shady Lane property is a one-of-kind natural area, not only in the county but in southeastern Wisconsin.  "A lot of people compare Lion’s Den to Shady Lane, and obviously they are comparable to some extent,” Struck said. “But from an ecological standpoint, Shady Lane has a higher natural value.”  Ah-ha, The OZAUKEE COUNTY MOB told the truth, for once.

Right.   Is that why these "public servants" stole the family homestead with a 24 man SWAT team - because it was very valuable but was not for sale?

In Cypress, they steal 10% of what you have in the bank.

In "State of Wisconsin", Public Officers steal 100% of the life work of two generations.

How to  steal  valuable private  property for a public park:

WHY?
Because it is a privilege for a man to be deemed to be of the highest moral character, exhibiting such honesty, integrity, and good faith that other men would trust such a man to protect their life, liberty, and property.  A man who is unfaithful and breaches such a sacred Trust is of such moral turpitude as to have descended below the level of a baby-raper, for such a one has figuratively raped the unborn as well as those who already have been born.  The Ozaukee County MOB consists of Public Officers who are dishonest, stealing, false swearing, corrupt perjurers of their oath.

Here are the names of the dishonest false-swearing, treasonous members of The Ozaukee County MOB.  They are Public Officers who perjured their oath of office and acted in rebellion or insurrection against the Constitution.  They were sued in their personal, individual capacity for Breach of Fiduciary Duty as unfaithful Trustees of the Public Trust.  They consented or assented to violations of Constitutional limitations or prohibitions and to the criminal acts of Public Officers Karen L. Makoutz and corrupt attorney Dennis E. Kenealy leading up to the stealing, at gunpoint, of the valuable Private Land, private home and private personal property of Steve Magritz:

Definition of Steal or Stealing: 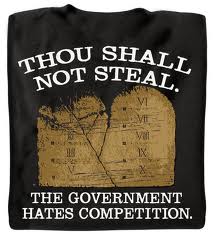 Can one man lawfully steal another man's property?  How about two or more men?  Can three men get together, with two of them deciding to take by force the property of the third man who does not consent to give up his property?  Can they have a "vote", like two wolves and one sheep voting on what they collectively are going to have for supper?  Is that lawful?  How about if two of the men say "pay us money" and we will let you keep your property, or else we will violently come with guns, and if you resist we will kill you?  Or is that still called stealing regardless of the number of people involved?  How about if two of the men call themselves "government" and hire themselves an armed gang of policy enforcers called Police to collect the money or steal the property?  How about if two of the men call themselves "government" and hire themselves a revenue agent, call him "sheriff" or "Sheriff of Nottingham", and sic their lawless "sheriff", who does not know the difference between a "peace officer" and a "law enforcement officer", upon the hapless third man?  Is it now lawful, or is it still stealing?  Is it still a sin?  Is it still a crime?  You be the judge, until the real  Judge calls all of us to give an account.  And why do public officers steal from their neighbors?  Because they can get away with stealing in the name of "government".  They wrongfully think:  "The Government Can." They are idolators.  "The State" is their "god".  Shame, shame, shame.

Private Property  -  NOT TAXABLE,  and,  Protected by Federal Land Patent 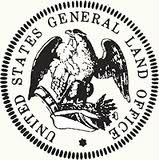 The 62.25 acres of private property that was STOLEN at gunpoint by Shyster attorneys, Corrupt judges, a Lawless sheriff, Dishonest politicians, and a 24 man SWAT Team with machine guns was, and is, immune from taxation.  This private property is NOT TAXABLE.  The NON-TAXABLE nature of this private property is protected by federal Land Patents granted by the United States of America prior to Wisconsin becoming a state.

This NON-TAXABLE private property was sold by the United States of America pursuant to an Act of Congress on April 24, 1820.  A stated purpose of this Act was to provide Americans with a freehold in land.  Americans were to be Freeholders. Americans were to own their land free and clear, and not subject to any government taxation ("rent").  The Land Patents granted all rights, privileges, and immunities of the United States of America to the buyer and his heirs and assigns, forever.  One of the immunities was the immunity from taxation.  The land was private, NOT taxable, and could not be taken by these dishonest public officers.  But take it they did.  At gunpoint.  With violence.

Now, FOREVER is a very long time, unless of course if you are an attorney or judge or lawless sheriff or other dishonest elected public officer with a very short memory, "forgetting" that you had sworn to and signed an oath to uphold the Constitution, and had sealed that oath with the operative clause, "So help me God".   Words on a contract called a Federal Land Patent obviously don't mean anything to the criminal element in government.  And the operative clause "So help me God" on a sworn oath does not mean anything to demagogs, Wanna-bees, "godless" tyrants, or dishonest public officers.   Especially when they have the guns and are willing to use them for violent, evil purposes.  The motto of The Ozaukee County MOB is:   "We're the government, and you're not!"

Private Property  -  Protected by both Federal and State Constitutions 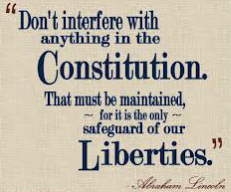 The Federal Constitution, as well as the state Constitutions, created Public Trusts where ALL public officers, from the local dog catcher and the local constable or sheriff up to the state Governor, and even all the way up through the Members of Congress to the President of these united States, are Trustees who are Fiduciaries whose sole purpose for being is the protection of the Rights of the people.  If that were not so, the people would have to stand behind their doors with a baseball bat or some other instrument to protect themselves, their families, and their property from predators, such as the King's agents or Public Officers.

Both the Constitution of the United States of America, Article I Section 10 Clause 1, and the Declaration of Rights of the Constitution of The State of Wisconsin, Article I Section 12, prohibit government or public officers from impairing the obligation of contracts.  The Land Patents evidencing the original sale of the lands encompassing the 62.25 acres of private land stolen by the dishonest Ozaukee County public officers were, and are, executed contracts.  Those contracts, those Land Patent contracts, are inviolable.  But "inviolable" is not in the vocabulary of the Ozaukee County MOB, the insurrectionists, the criminal element in government, the dishonest public officers.  "We", the dishonest, corrupt, and lawless attorneys, judges, the Ozaukee County MOB, and other public officers, have the guns.  Remember:  "We" are the government, and you're not! 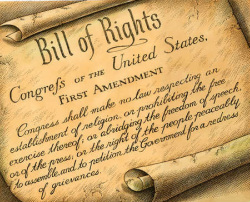 The 62.25 acres of private property that was STOLEN at gunpoint by Shyster attorneys, Corrupt judges, a Lawless sheriff, Dishonest politicians, and a 24 man SWAT Team with "fully automatic rifles", which is the true definition of "assault rifles" - formerly known as "machine guns" to the 1920's era "Mob" - was further protected and secured by rights enumerated in the "Bill of Rights" and the counterpart thereof in the Declaration of Rights, Article I of the Constitution of The State of Wisconsin.

The Fifth Amendment reads, in pertinent part, "nor shall private property be taken for public use without just compensation."

And Article I, Section 13 of the Wisconsin Declaration of Rights reads, "The property of no person shall be taken for public use without just compensation thereof."

Dennis E. Kenealy, attorney, Wisconsin Bar Association ID 1001548, resigned September 28, 2012 after his criminal acts of orchestrating the stealing of the 62.25 acres of private property were exposed in a federal lawsuit.  Kenealy, former Corporation Counsel of Ozaukee County, is the epitome of a Shyster.  But Kenealy's acts go far beyond those of a mere Shyster, or dishonest attorney.  Kenealy's acts label him as a criminal who was forced to resign but whose crimes are being covered up by fellow Bar Association members and political hacks in Ozaukee County, State of Wisconsin, who are acting in insurrection to the Constitution.  (Their crimes are called misprision of felony, aiding and abetting, or accessory after the fact, et cetera.  Covering-up crimes is an even more egregious crime than Kenealy's original crimes.)  Kenealy resigned after his criminal acts and key role in the stealing of the 62.25 acres of very valuable private property on the Milwaukee River, along with a 2400 square foot ranch style home and several outbuildings, were exposed in a federal lawsuit dubbed "the 800 pound gorilla".

Definition of Misprision of Felony: 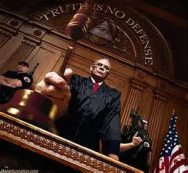 Misprision of felony is a federal crime pursuant to Title 18, U.S. Code, Section 4, and is punishable by fine or imprisonment for not more than three years, or both.  Misprision of felony is a particularly egregious crime when perpetrated by attorneys, District Attorneys, or Judges, since these are the very public officers many people naively believe, or used to believe, represent the dispensation of justice for the people.  Perhaps at one time they actually dispensed justice, but they no longer even pretend to dispense the appearance of justice.  It is now "Just-Us".  "We are the government, and you're not".  "We can use violent force to take what we want, but you can't use violence, nor can you even resist  -  Slave."

Definition of Accessory After the Fact: 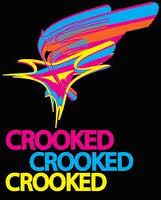 One who, having full knowledge that a crime has been committed, conceals it from the magistrate, and harbors, assists, or protects the person charged with, or convicted of, the crime.  (Black's Law Dict. (4th. ed. 1968) p. 29, col. 2).

All persons who, after the commission of any felony, conceal or aid the offender, with knowledge that he has committed a felony, and with intent that he may avoid or escape from arrest, trial, conviction, or punishment, are accessories.
Did they die in vain?